Nuts, and bolts oh my!

I mentioned previously that I needed to get my truck up on a vehicle hoist to take care of a major transmission leak. Well... 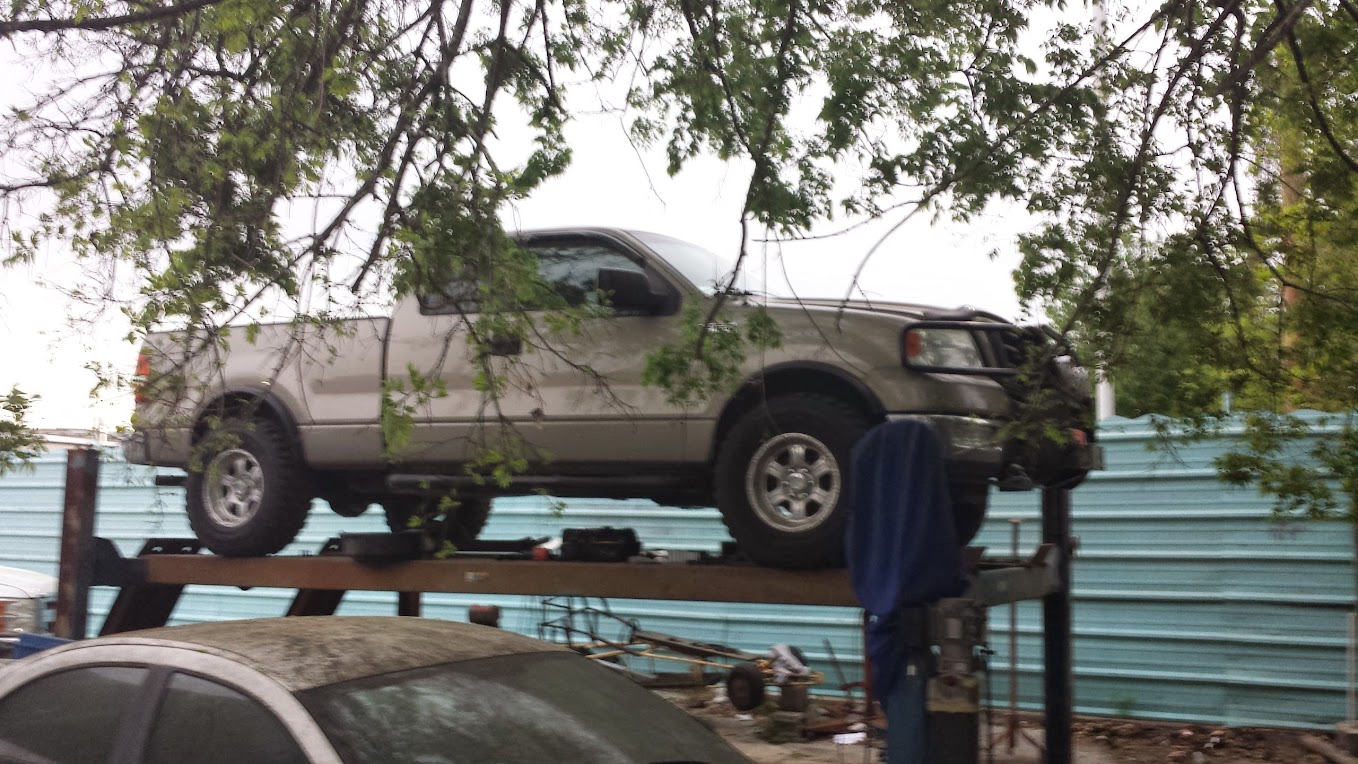 #1. Disconnected the battery.
#2. pulled both the front and rear driveshafts (after marking their positions).
#3. Removed all electrical connectors from both the transmission and transfer case.
#4. Removed the access plate.
#5. Disconnected / removed the linkages from both the transmission and transfer case.
#6. Disconnected the cables to the starter.
#7. Removed 1 torque converter nut. Yeah I said nut. They go the opposite way of GM converters and use studs attached to the converter, and nuts instead of converter bolts...
#8. rounded off the corners of the 2nd converter nut.
#9. Removed the 2 starter bolts that the manual says to remove. The starter is still quite solidly mounted.

It was at this point it was well after dark, and the rain started in on me so I had to wrap up for the weekend. I have the following remaining to go.

#1. Remove the remaining starter bolt if I can figure out how, it is in a funny position, the top of the starter. it almost runs into the motor mount, I need a socket / extension setup that is "just so" length wise to get that dumb bolt.
#2. Remove the starter.
#3. Proceed to complete removing the converter nuts, working through the starter hole instead of the access port, MUCH more room to work.
#4. Place jack(s) in place, and unbolt tranny / T case and exhaust from crossmember, remove crossmember.
#5. Remove tranny to engine mounting bolts.
#6. Remove dipstick and tube.
#7. Separate tranny / transfer case from engine, lower and move onto stand.
#8. Thoroughly clean inside of bell housing.
#9. Remove torque converter, pump seal and bushing, and most likely pump. Replace O rings, seals, and bushing.
#10. Clean inside of bell housing again.
#11. Prime new torque converter and re-assemble. Using new torque converter nuts.
#12. Drop tranny pan. Let drain.
#13. Mark, and drill for drain plug kit.
#14. Hand pan and plug kit to BIL to have female threaded piece fully welded into pan.
#15. Drain fluid from transfer case.
#16. Reassemble tranny pan using new filter.
#17. Refill transfer case.
#18. Replace fuel filter.
#19. Fill transmission.
#20. Reconnect battery.
#21. Start engine, cycle through gear shift both tranny and T-case.
#22. Top fluids off, and check for leakage.

By the time this is all done, I should have a well fixed, and reliable truck.
Posted by Daves Workshop at 7:56 AM